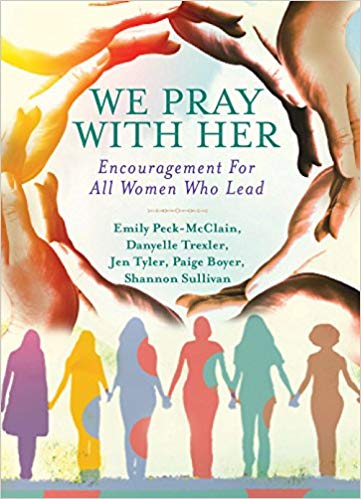 It’s been a while, but this got too long for Facebook, so here is a real, live, non-sermon reflection. 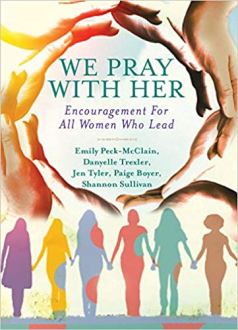 The System is Rigged: Some thoughts on diversity of voice in the new book, to which so many of my spirit-led and talented friends and colleagues contributed:

We Pray With Her: Encouragement for All Women Who Lead is a compilation of devotionals co-authored and edited by young clergy women, and springing out of the Young Clergywomen Project (Young Clergywomen International). This book is important, because it is a collection by women and for women, and celebrating the gifts of young women in particular. A previous iteration of this compilation was undermined by political shenanigans and by the misuse of material by the (male) co-author and editor of that version, so I celebrate the amazing and resilient triumph that this release accomplishes.

However, like so many of the efforts of my sisters and I, there is room for improvement. A wise colleague pointed out that the editors and contributors are overwhelmingly white (and I suspect overwhelmingly straight and middle class). We– white, well-meaning, middle class women– have to always be aware of feminism’s oppressive history with women of color. Too many (read: all?) of the “advances” feminism claims leave out or leave behind women who are not white, and often those who are not straight, not middle class, and so on.

In this case, I look to the Young Clergywomen Project as well, a group that knows it needs, and and therefore strives for, greater diversity. I am not a member of the Young Clergy Women Project (open to people who minister and are recognized in some way as clergy and are under 40). At the time I was invited to consider it, there was a maximum age by which a person had to be *ordained.* That has since changed, but at the time I was unsure about my eligibility. Truth-telling: it is hard to get ordained, and it gets harder if one is not straight, or doesn’t have a solid financial cushion, or, I presume, doesn’t swim in the sea of white privilege. In fact, most of the women I know who are not white and/or not straight, not middle class, not a whole slew of things that our racist, ableist, heterosexist, classist church structures and their credentialing processes expect, most of these women are/were ordained later in their thirties and into their forties, and would be ineligible. I’m more intimately acquainted with how challenging a process like ordination is for queer people than for people of color (and, while I identify as queer now, I navigated my candidacy wrapped in the protection of straight privilege). I see how a process that is for some 3-5 years can stretch over a decade or more, simply because of one’s standard deviation away from the expectation– a disability, a sexual orientation, a marital status, a skin color, a language, an experience of poverty. The path is longer and harder into any space that white supremacy has controlled. And white people always forget this. That’s definitionally privilege.

The Young Clergywomen Project, the authorship of this compilation, any of the numerous groups I’m part of where we look around and say “shoot, we did it again; we’e all white,” these places are not intentionally exclusive. There just aren’t as many people to self-select into a group like this, because the system is rigged against anyone who isn’t a straight white man– something white feminists know and yet don’t know as we scrabble to be part of that system. White women, including me, know how hard it is to fight and to have any resiliency left for community-building, creativity, collegial relationships, and so on. But we have still got to check ourselves and our privilege. And it’s not enough to simply realize we’re all white and confess our racism. That won’t change anything. We have to– all of us have to– ask ourselves whose voice is missing and why. It’s time to do more than lift up all of our voices; we have to dismantle the rigged-ness of the system, and be willing to see and support new systems, ones in which we might not have as much power or voice.