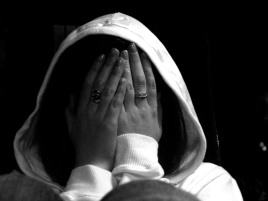 A month after the Board of Ordained Ministry in Pennsylvania stripped Rev. Frank Schaefer of his ordination credentials for officiating at his son’s wedding and refusing to state he would follow the entirety of the Book of Discipline in the future, the United Methodist Church is back at it again.

The New York Annual Conference announced the date of March 10 as the beginning of the trial of Rev. Dr. Tom Ogletree. Like Rev. Schaefer, Rev. Dr. Ogletree is an ordained United Methodist Elder. Like Schaefer, he has a son who is gay. Like Schaefer, he officiated at his son’s wedding. In addition, Rev. Dr. Ogletree is a former professor and Dean at a Divinity School in Connecticut, oh, right, Yale, and before that Drew. Where he taught such irrelevant courses as theological ethics and Christian social ethics. And literally wrote the book in the church’s witness to the world– Oh, just read about him here.

At least one friend has compared the coming trial to that time that the Ministry of Magic tried to interrogate Professor Dumbledore. Not a bad comparison.

I don’t want to get in to all that right now.

These trials have a sort of fatalistic nature to them. We all assume that the persons on trial will be found guilty. I’m not sure this should be the case– after all, the church says we can’t officiate at same-sex weddings, but does not take time to define sex, or explain how, in the absence of legal background checks, medical screenings and examinations, hormonal and chromosomal lab results and so on, a pastor is supposed to determine such. But I digress.

Let’s assume for a moment that Rev. Dr. Ogletree is found guilty of violating the unjust law as laid out in The United Methodist Book of Discipline. Where the real interest lies is in the sentencing.

Some clergy members who have been found guilty of such violations have their credentials revoked, as was the case with Rev. Schaefer (legal or not). But in 2011, the jury in the Wisconsin Annual Conference sentenced Rev. Amy DeLong (found not guilty of being a “self-avowed practicing homosexual” but guilty of officiating a same-sex wedding) with a twenty day suspension, and then charged her to research and write a paper addressing the nature of the clergy covenant, how it has been harmed and how it might be healed.

The old saying goes, let the punishment fit the crime. But DeLong’s “punishment” seemed more intended to fix or at least address the root problems in the alleged “crime.”

What if the jury in Rev. Dr. Ogletree’s trial took that approach? What if they used this opportunity not to punish Ogletree or scare others into compliance with laws they find unjust (how’s that working for ya?), but to address root problems in this issue?

Specifically, I would like to see the jury, should they find Rev. Dr. Ogletree guilty of a violation of unjust church law, instruct him to create or propose a system for dealing with charges that persons are self-avowed practicing homosexuals or have officiated at same-sex weddings, in ways other than trials. Church trials are a waste of time, money, human resources, and spiritual strength. They show the watching world that The United Methodist Church is divided and broken, and no better able to live together in difference and brokenness than middle schoolers on the playground. Yes, they highlight the injustices in the system and as such become a force for eventual change, but I fear there won’t be much of a church left by the time they’ve accomplished that work. If only we had a former Dean of a theological school, a professor of Christian ethics, an author who has researched the church’s witness to the world on social issues, and a pastor and parent with life experience to reflect with us on these things!

So that’s my modest proposal for the jury in the Ogletree trial: Find Rev. Dr. Ogletree guilty if you must (although try to see if you can get your terms and concepts around sex and sexuality and gender and gender identity somewhat consistent if you can). But then consider the injustice of the letter of the law. Consider the pain to the whole church and the whole world for as long as the world is still listening to anything remotely called “church.” Consider the resource and gift of the person in front of you.

Seek the Middle Way. Remain in connection. Work for justice and for healing.

Let the punishment at least try to start fixing the crime.

13 thoughts on “Let the penalty fix the “crime””